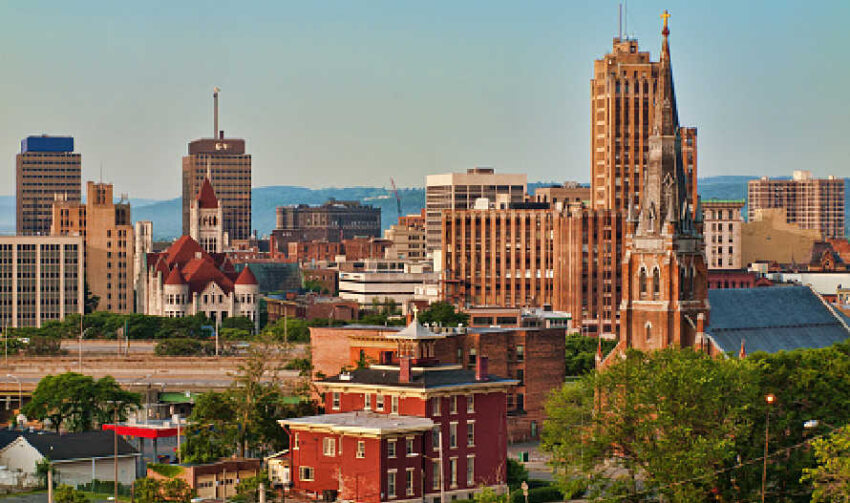 Syracuse is widely known as a cultural, educational and economic epicenter for the state of New York. With a population of over 147,000 residents, it is the fifth largest city in the state, in addition to being the main hub for Central New York, a regional with more than a million inhabitants. Syracuse is considered by many to be a great place to start a career and build a future; in 2010, Forbes ranked the city as the 4th greatest place to raise a family.

Although the city has recently seen some economic difficulties in connection with industrial jobs leaving the area, Syracuse has held steady by ramping up its high-level employment opportunities. In 2006, for example, it tied with New York City for the highest job growth rate in the state. Syracuse is very unique in that the city has very few large employers and instead has high numbers of smaller employers. This provides a level of stability to the area since the closing of one company will not devastate the entire area. It is also useful in ensuring that there is a wide diversity of career choices for residents.

In addition, Syracuse is also a hub for education, providing the surrounding area as well as the state at large with the educated workforce necessary for today’s professional environment. Syracuse University is a highly prestigious college and the city’s second largest private employer. The city’s largest private employer is Upstate Medical University, which is a branch of the State University of New York (SUNY). The Medical University’s location has caused a number of medical offices to open up in the area, creating a large number of employment opportunities in the field. St. Joseph’s Hospital Heath Center, Community General Hospital of Greater Syracuse and Crouse Hospital are also leading employers in the city.

Far and away, registered nurse is the most popular career choice in the city of Syracuse. There are over 5,700 nurses working in the city every day, each one earns an average salary of about $56,000 a year. For experienced nurses, salaries can extend up to $76,000 a year. Most nurses choose to begin their careers with an associate’s degree from one of the city’s many community colleges. Others choose instead to begin with a bachelor’s degree, opening the door to higher earning potential and greater education down the line.

For those looking to pursue an extremely lucrative career, Syracuse’s medical industry has many opportunities for them as well. The top six highest paying jobs in the city are all in the medical industry. From family practitioner to psychiatrist, dentist to surgeon, there are many high-paying positions available for anyone with the will and the means to attend medical school. At the high end, a medical professional can earn well over $200,000 a year.

With the many higher education institutions in the city, it should come as no surprise that there are significant employment opportunities in the field. For example, there are almost 4,000 general postsecondary teachers in the city. The position of college educator is almost ten times as common in Syracuse than in the rest of the country at large. Postsecondary teachers tend to be highly educated and are thus highly compensated for their work, earning an average of about $97,000 a year.

For those looking to enter to the field of higher education, Syracuse offers plenty of opportunity for you, too. There are almost 300 graduate teaching assistants living and working in the city today. A graduate teaching assistant is able to pursue his or her education while working under the direction of an established professor. This enables aspiring professors to gain their graduate or doctoral degrees while still earning a salary. They are not very highly paid, earning about $30,000 a year, but what these students receive in terms of education can be priceless.