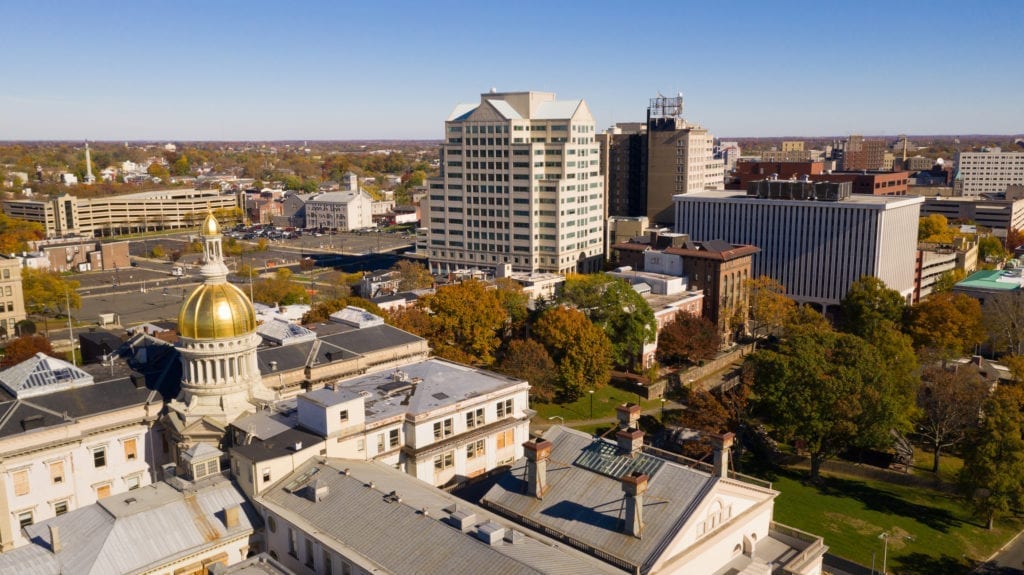 Trenton is the capital and one of the most important cities in the state of New Jersey. Historically, Trenton’s economy was best known for its strong role in industrial manufacturing. The now-famous slogan, “Trenton Makes, The World Takes,” sums up the economy of the city from the 1800s through the early 1900s. Like many industrial cities, Trenton saw its manufacturing power disappear as industrial jobs moved overseas. But also like many industrial cities, Trenton has experienced an uptick in high-level employment, with professional sectors coming in to fill the gaps that grew as manufacturing dissipated.

Since Trenton is the state capital, government also plays an important role in the city’s economy. Each and every business day, more than 20,000 government workers pour into the city to keep New Jersey running. However, Trenton is a diversified city with many promising sectors for employment. Trade is an important piece of the city’s economic puzzle, while manufacturing still provides plenty of jobs at all different levels.

Being the capital, healthcare is another integral portion of the economy; patients statewide flock to Trenton to receive world-class care. Some of the city’s biggest employers include Capital Health Systems, Horizon NJ Health and St. Francis Medical Center. Professional and business services make up about 30% of the city’s workforce, while sales and office workers make up another 21%. Companies like Novo Nordisk, The Crest Group and New Jersey Re-Insurance require all kinds of employees, from accountants and auditors to management and sales associates.

Far and away, the most popular career choice among educated Trenton residents is registered nurse. When one takes into account all of the hospitals in New Jersey’s capital, that should come as no surprise. In fact, there is company, called Bayada whose sole purpose is to employ these talented individuals. Today, there are more than 4,000 nurses working in Trenton. With a population of only about 82,000 residents, that is a pretty sizable chunk of the workforce. Nurses in Trenton are highly paid, earning on average about $66,000 a year. Salaries start at around $45,000 right out of college and can extend as high as $82,000 for experienced employees.

There are other opportunities in the medical field, as well. For those with the means and the work ethic to pursue medical school, Trenton is wonderful area to establish a career. In fact, seven of the top ten highest paying jobs in Trenton are in medicine. At the high end, a medical professional in Trenton can expect to earn over $220,000 every year.

The high concentration of corporate offices in the area also contributes a large number of jobs to Trenton area residents. For example, there are almost 3,000 accountants and auditors working in the city every day. Accountant is an essential position in any company and they are well paid for their hard work. On average, an accountant in Trenton earns about $71,000 a year with salaries extending up to $100,000 for truly stand out employees. Management analyst is another important position in Trenton’s corporate culture. With about 2,500 men and women working as corporate analysts each day, it is the 4th most popular career choice in the city. These employees are some of the highest paid people in Trenton’s many office complexes, earning an average of about $86,000. At the high end, employees can earn over $113,000 a year.

This article was written by Nicholas for the website jobinsighter.com